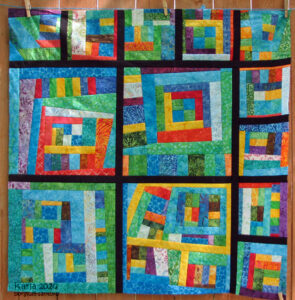 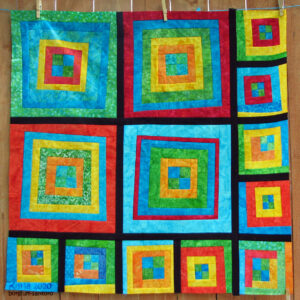 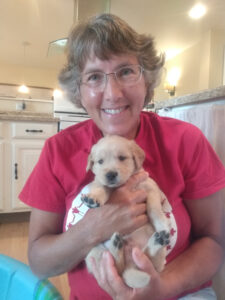 Retirement has been amazing.  One big change I’ve noticed is in sleeping. For the past many, many years, if I wake at 3:00 or 4:00 am, I’m up and sleep will not return.  Thoughts about the day ahead started racing in my head like bees warming up in the sun.  I’d review lessons for my students, ponder how many bags of hay I should pack for horses… and so much more. Now I can wake at 5:00 am, and easily fall back asleep until 6:30, when it’s time to rise and get to the barn.

There was one morning (Sept 5th) I woke early, and couldn’t get back to sleep… the day I was to pick my puppy.  Oh my gosh.  We’d seen photos of the pups from their day of birth, but since I was to be the fifth pick for boys, there’d be three left.  Since I’d have no idea who that might be, I didn’t attach to the photos.  Their personalities were much more important to me.

I’ve never picked a puppy before—my children and husband have picked the last four. The care-taking usually went to me.  I’ve picked horses.

After researching, I thought I wanted the pup who had a moderate energy level, who didn’t mind being cradled, and who was curious to follow toys.  The three left were blue, green and red collars.  Blue and Green were robust fellas, I thought they’d surely be first picked, so I was surprised to see them there.  Red always caught my eye because he was small, and had such a pretty golden color. In talking to the breeder, I learned Blue is independent.  He’s happy to hang out by himself.  Green is very into toys, and will follow them everywhere, and pounce on them. Red is dependent, very calm and headed to be a 70 lb. lap dog. What a tough decision!  I held each; Red loved being cradled—and slept easily in that position, the others not so much. They squirmed to get down after a few seconds. They were all pretty sleepy from all the visits before my arrival.  Green was eager to run after toys.  Blue did a bit too.  I tucked all the info the breeder told me in my heart, and after over half my time was up, I chose Red. We’ve never had a dog who is dependent, a cuddler.  Buddy, our 10 year old dog now, is very independent.  Plus, my goal is to work with this pup to be a therapy dog—maybe listen to kids read, and bring some joy to those in assisted living situations.  So, on the 26th, Tucker joins us!

About his name—over 20 years ago, we were driving my son to Houghton College to see if it’s where he wanted to go. We found the road that led to the horse barn (for me, not him) and it was called Tucker Road. I fell in love with the name and planned to use in for a foal born at our place.  Well, after five fillies, the last foal to be born at Little Church Minis was a colt (2009); he became Little Churchs Time for a Tucker.   He stayed with us for five years, I believe, before I sold him to become a driving horse. When the new pup idea came, I longed to use Tucker again, but thought it was too strange to repeat a name. Max, Eli, Jonah… they all seemed like good possibilities.  But, when it came down to it, Tucker had my heart, so Tucker it is.

And since we’ve used a hen name over again too because one of the new one’s feathers looks like lace, and so even though there was a Lace before, we have another.  Thankfully, there are no rules about these things.

After the fun bright batik pieces were together, I decided I wanted to play more before layering, quilting and finishing them. So from my basket of 20 “make these next!” patterns, the book Sunday Morning Quilts was pulled out, to make Vines and Leaves. First, was to create the background from slabs.  JOY!  More improv!  Greens were pulled to audition. Some were too light, too dark, too lime, too grassy. Many were perfect and played well together. The size in the book is 36” by 48”. I didn’t want to go that big, so 24” by 36” was decided on. After making blocks for pillows, 15” blocks didn’t seem fun, so I divided 12” blocks into pieces like 6 x 12, 3 x 9, 3 x 6 and worked them into six 12.5” blocks. The outcome was beautiful!

Next came the leaves.  In checking the book, I saw that four different shapes were used for leaves. The bio/plant part of me just couldn’t do it.  One was chosen.  The vine in the book was wider than I wanted, so I used my handy bias tape tool to make some ¼” wide.  Choosing fabrics for leaves proved tricky.  I used a few batik Charm blocks, and some stash to find colors that contrasted enough. The bio/plant part of me wanted to go all greens, but I had to let it go.

In the book, one vine goes top to bottom.  I experimented with bottom right to top left, and loved it. Two corners were open to add a vine and more leaves.  Oh what fun! Here’s the result.

Making that green background was so much fun, and since all the greens still lay in a rumpled pile on my cutting table, it was decided to make another!  And I knew just what I’d do with it. If you look on the “Pieces Kept or Gifted” page, the third one down shows a foal sleeping in a meadow.  I’ve wanted to make smaller ones, for years. The green background is perfect!

Getting that foal on there was no easy task. Wax paper is used, then Heat and Bond Lite.  Lines must be drawn, then stitched.  The first flannel I picked didn’t pop enough against the green, so I switched it for another.  Thread colors—should they match, or not?  Blanket stitch, or zigzag?  After the focus needed to sew that foal down, I had to go for a run. lol  But I love the results. A flower meadow shall be added, but I’m waiting for the story to come. 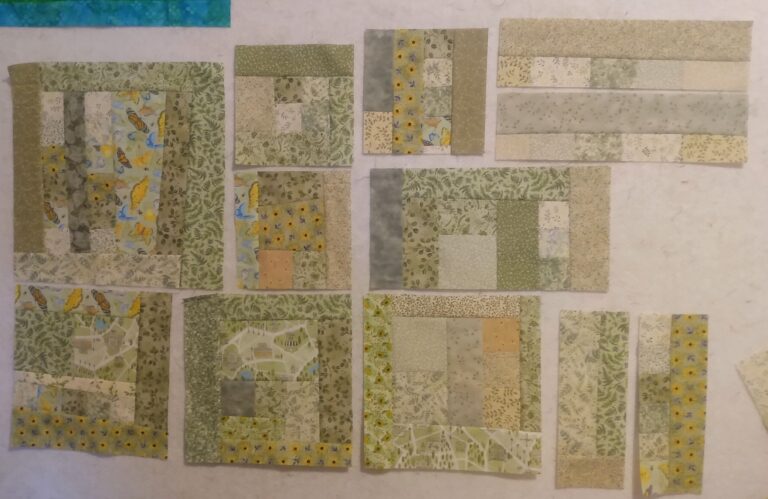 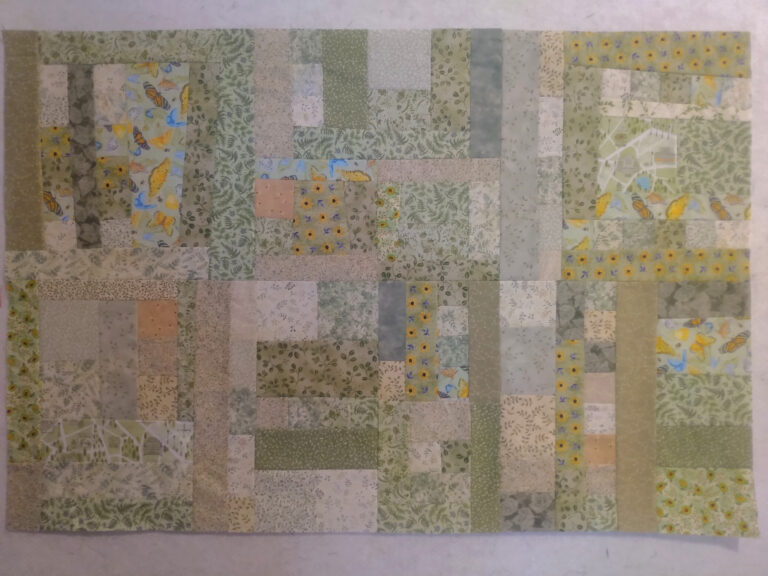 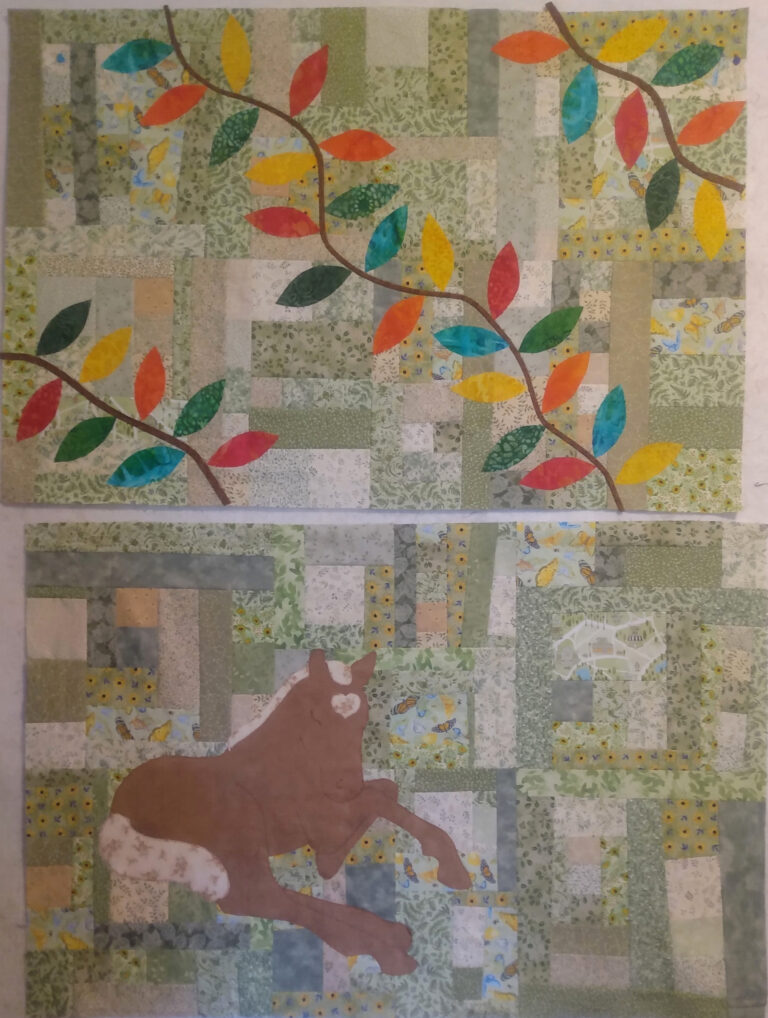